More than 60 years ago, Lexco® started as a small-scale hardware
and bicycle shop on Chicago's west side. Now a nationwide
industry leader, our products provide safety, security, and
reliability in the daily lives of people around the world. When Lexco® Cable began in 1952, our two founders had a simple goal: to build a better life for themselves and their families. That same year, Harold Karbin returned from the Korean War to discover his brother, Ray, had taken Harold's hardware and automotive supplies out of storage to open a stand at Chicago's famous Maxwell Street Market. Harold joined his brother, and the two began selling hardware goods and automotive services at what was then the largest open-air market in the country.

The budding entrepreneurs found increasing success with their business, and the next year rented a storefront space inside Chicago's Lexington Theatre. The brothers hung a sign in the window reading, Karbin Hardware & Automotive, and continued serving their appreciative former Maxwell Street patrons and welcoming new customers.

In 1956, the bicycle maker, Schwinn, approached Harold and Ray with an offer to open up a franchise and sell bicycles alongside their other products. The brothers, recognizing the offer held low risk and the potential for sizable reward, accepted and promptly renamed their storefront; Karbin Hardware, Automotive, & Bicycle.

A GLIMPSE OF THE FUTURE

The Karbins' new foray into bicycles could not have come at a more opportune moment. Mere months after accepting Schwinn's offer, America found itself in the sudden grips of a bicycle craze with Chicago firmly at the center. The pair decided to drop their hardware and automotive offering and focus their efforts on bicycles.

In 1962, the brothers moved from the west side of Chicago to the city's north side, setting up shop in a new location on Bryn Mawr Avenue. Eventually, the pair decided to drop their hardware and automotive offering and redouble their efforts in the booming bicycle business. Never ones to rest on their success, Harold and Ray began to tinker with new ideas for the cycling industry, including the creation of custom-made bicycles for disabled children to use inside the local area hospitals At this time Lexco® was doing business as Lex Supply.

But it was the idea of using plastic coated wire rope for manufacturing bike locks that would change the course of the company. While it may seem commonplace now, the thought was nothing short of revolutionary at the time. Before coated cable locks, heavy chain links were used to secure bikes and would often cause loud, rattling noises while riding in addition to causing chipped paint, scratches, and dents. The use of coated cable was safer and helped maintain the quality and overall durability of customer bicycles. The brothers would even coat the cables in different colors to match the aesthetics of a given bike to the delight of their customers. In May of 1974, the company's continuing growth prompted the formation of K.N.M Industries, which today does business as Lexco® Cable. Only a few short years later, in March of 1978, Harold's son, Neal Karbin, joined the company and convinced his father that the company's focus should be on wire rope and cable manufacturing. The Karbin's began selling cable to industries outside of the bicycle market, expanding their services to jumper cable manufacturers, retail clothing stores to secure expensive garments, and more. In 1979, Neal, looking to support a growing family, took out an advertisement for the company in the Green Book. The results from the ad were almost immediate as sales quickly began to surge, and the company started a rapid expansion to serve a growing variety of industries.

The business was moved to a new, larger facility on Belmont Avenue and renamed Lexco®Cable, an homage to the company's original location inside Chicago's Lexington Theatre. The Karbin's invested in new equipment, including crimping machines and cable extruders, and began manufacturing an increasing number of wire rope products. In 2003, Lexco Cable made the final move to its current facility in the northwest Chicago village of Norridge complete with substantial square footage, additional warehousing, and updated production lines.

Today, Lexco® Cable makes products for military, industrial, commercial, and mining applications, as well as use in fencing, railroads, bridges, and more. Now in its third generation of family ownership with David Karbin, Harold's grandson, Lexco® Cable continues to lead the way in innovation and remains committed to creating the wire rope assemblies and cable products that enhance companies and advance industries. The business moved to a more permanent location in the Lexington Theatre.

The Karbin’s are approached with a fortuitous offer by bicycle maker, Schwinn.

Harold and Ray hit upon the idea of using coated wire rope for bicycle locks.

On May 7th, 1974, the company was renamed and incorporated as Lexco® Cable.

As sales surge, Lexco® Cable makes its first expansion to a larger facility on Belmont Ave.

Lexco®Cable’s rapid growth necessitates a second move to its facility in Norridge, IL. 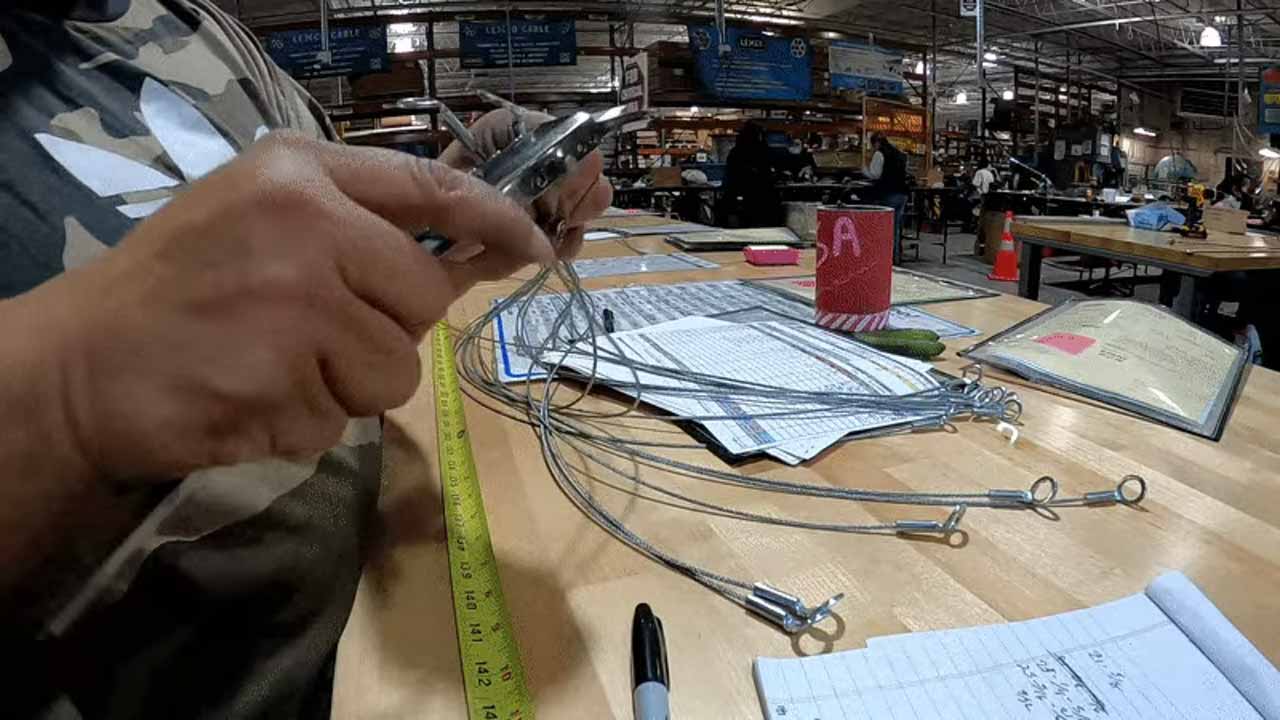 For over 40 years, we have served nearly every industry with top-quality wire rope and cable solutions. Whether you've been working with wire rope for years, require a highly specialized solution, or are still searching for what you need, we can help.